Child Custody and How To Relocate 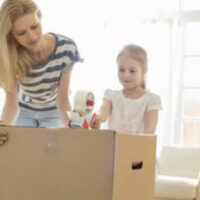 Americans move, on average, 11 times in their lifetimes, according to The Atlantic and the U.S. Census Bureau. Simply because a parent has children does not mean that they will be able to stay in the same city for the rest of their lives; new job opportunities, better school systems, being closer to family, or simply desiring a fresh start in life are common reasons for a parent to pick up and move. However, for divorced parents who have shared or sole custody, moving away poses a set of challenges that other parents do not have to think about.

All of the court’s decisions about the parenting plan, custody, visitation, and move-away situations are based on what the court determines is the child’s best interest. For example, if you have the opportunity to move to a different part of the state because of a great job opportunity, the court does not consider that to be in the child’s interest unless the change results in more financial stability or opportunities for the child. As such, if you already have a high paying job or financial security, it is unlikely that the court will see the move, if it is solely for the job opportunity, as being in the child’s best interest.

If You Have Sole Custody, Other Parent Must Show That The Move Will Harm The Child

As a parent with sole physical custody of your child, it is on the shoulders of the other parent to prove to the court that a move out of the city or state will harm the child, according to California Courts. Common reasons that the non-custodial parent may use include:

If You Have Shared Custody, You Must Show That The Move is In Your Child’s Best Interest

Child custody and move-away situations can be very stressful and contentious. If you plan to move away, or if you are the parent trying to keep the other from moving with your child, you need to contact an attorney today. Call the experienced San Jose child custody & visitation attorneys at Foster Hsu, LLP, today at 408-841-7200 for a consultation.