How Parents Can Lose Custody of Children 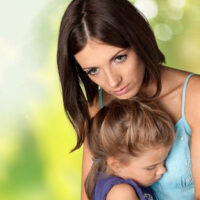 If you’re a parent going through a divorce, there are a few things to keep in mind when it comes to child custody and parental rights. For starters, there is an assortment of reasons why a parent may end up losing custody of a child, and some of those reasons may surprise you.

It’s important to note that while losing custody of a child may be your worst nightmare, some parents should actually lose custody, for the child’s safety. For example, parents who are abusive, unreasonable, or neglectful are not doing their children any good and may need to be taken to court because they should not have the same parenting rights as a caring, loving, and nurturing parent.

What does it mean to lose custody of a child, though? What does the process look like? For starters, most custody decisions are decided in the family court. At the conclusion of the court proceedings, a judge will award sole or joint legal and physical custody, depending on the situation. It’s also important to note that parenting time can either be split equally or favor one parent more than the other. When a parent loses custody of a child, it usually means the parent will no longer have joint physical and/or legal custody of their child(ren). Visitation rights may even be supervised or limited.

That said, what are some of the most common reasons why parents lose custody of their children? Let’s find out.

Why Parents Lose Custody of Children

One of the most common reasons why parents lose custody of children is because of child abuse. Child abuse has many faces, though, some more difficult to detect than others. Physical abuse is more noticeable and may show up in the form of scars, burns, wounds, and bruises. Oftentimes abusers use belts, their hands, or feet to harm their children. It’s worth pointing out that physical abuse shouldn’t be confused with acceptable means of discipline. There is a fine line to be sure, and oftentimes when parents cross the line it is because of anger management issues. In many cases, when parents physically abuse their children, it is because they are struggling with their own psychological or mental disorder. For example, parents who were physically abused as a child are more likely to physically abuse their own children in what is known as the cycle of abuse.

Physical abuse is not the only reason why a parent may lose custody of their children. Other common reasons include the following:

If you are a parent going through a divorce with a spouse that is abusive, dangerous, or neglectful, but unsure how to proceed, contact the San Jose child custody & visitation attorneys at Foster Hsu, LLP. Our legal team is experienced with helping parents like you navigate divorce proceedings to ensure you are granted fair custody of the children.