San Jose Divorce Attorney > Blog > Divorce > Is It Fair For The Court To Make You Go From Multiple Mansions To Zero Alimony In Four Years?

Is It Fair For The Court To Make You Go From Multiple Mansions To Zero Alimony In Four Years? 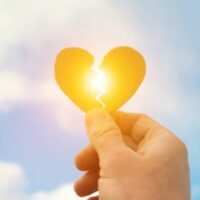 Unless the recipient spouse is elderly and infirm, the purpose of alimony awards is to enable the financially disadvantaged spouse to become financially self-sufficient.  The courts often award amounts low enough that they will require the recipient spouse to return to the workforce after the divorce.  Case law even tells of grannies who downsized their lifestyle after divorce and invested their permanent alimony in order to offer financial support to their children and grandchildren.  For marriages lasting less than ten years, California courts usually award long term spousal support for a period totaling approximately half the length of the marriage, usually in amounts that decrease each year, with the assumption that the recipient’s income will increase as they returns to work full time.  If the parties were married for more than ten years, spousal support can last for a period equivalent to the duration of the marriage, or even longer depending on the circumstances.  If you and your ex-spouse are involved in a dispute over the amount and duration of spousal support, contact a San Jose divorce lawyer.

Did the Wife Delay Divorce by a Year Just to Get Her Hands on Half of the Husband’s $4 Million Bonus?

Adela and John married in 1989, a few weeks before the birth of their older daughter; their younger daughter was born five years later.  When they married Adela was 40 and John was 32.  John was a business executive whose salary increased to over $300,000 per year by the end of the parties’ marriage; he also received several large bonuses from his employer during the marriage.  John’s employer merged with another company at the beginning of 2003; the new employer promised John a $4 million bonus at the end of that year if he met certain goals.

Adela and John had an argument in early February 2003, and John moved out of the marital residence in Beverly Hills and into another house they owned in the same housing development.  The parties never resided together again after that, but John would visit frequently to eat meals with the family and give his laundry to the housekeeper.  The couple also attended social events together, and the family went on several vacations together; they even sent out a family Christmas card at the end of the year.  Adela filed for divorce in November 2003, but during the divorce trial, she said that the parties had separated in late 2004.  Determining the date of the parties’ separation would determine whether the $4 million bonus was a marital asset.  John alleged that the marriage ended in early 2003, but Adela pretended to want to reconcile just so she could claim the bonus as marital property.  The court awarded Adela a relatively small amount of alimony that would end within four years, but the court determined that she deserved more, given John’s wealth and the length of the marriage.

When the court describes your lifestyle as “opulent,” it is virtually impossible to divide your marital property without the help of a San Jose divorce lawyer.  Contact Foster Hsu for more information.

By Foster Hsu, LLP | Posted on October 4, 2021
« Jet Set Divorce: Does Your Spouse Have The Right To Change The Forum Of Your Divorce Case To A Place That Is More Likely To Award Them Alimony?
In California, Business Debts Are Community Property »