How Does Debt Work During Divorce? 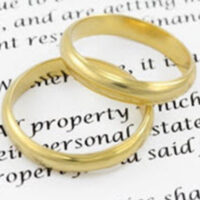 Debt, like other marital assets such as bank accounts, real property, and many personal belongings such as cars and furniture, is divided during divorce. However, not all debt is shared equally. And, some debt is not shared at all, such as debt from before the marriage or other types of non-marital debt. If you are going through divorce, it is up to you to ensure that any debt is divided properly. An experienced San Jose divorce attorney will ensure that you do not end up with debt that you should not be burdened with.

The Type of Debt Matters When it Comes to Division

The average American has over $90,000 of debt, according to Bankrate. The largest types of debt come in the form of home mortgages, student loans, medical debt—a form of debt that nearly a third of working Americans have, according to CNBC.

How a Prenuptial or Postnuptial Affects The Burden of Debt

A pre- or postnuptial agreement can change everything when it comes to marital debt. If a couple signs a prenuptial that separates the finances of the two spouses, any business debt, for example, is not privy to division under California community property law.

Just because a certain debt is considered marital property does not mean that each spouse must pay half. Debt and division of property need to be handled by an experienced San Jose property division attorney, and here at Foster Hsu, LLP, we can help you get started today by calling 408-841-7200 for a consultation.

By Foster Hsu, LLP | Posted on December 8, 2020
« Modifying a Child Support Order Due to Job Loss
How Do I Enforce The Other Parent To Pay Child Support? »