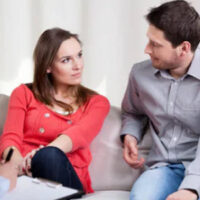 The conventional wisdom about prenuptial agreements says that the people who sign them tend to be older and wealthier, and therefore less naïve about love and money.  According to the old stereotypes, at least one party to the prenuptial agreement has been previously married and divorced and may not be able to guarantee that he will not have a second divorce but at least wants to guarantee that he will not have a financially ruinous second divorce.  Of course, the reality is much more complex.  In recent years, the age of parties to prenuptial agreements is skewing younger and younger.  An increasing number of people under 40 are signing prenups for the explicit purpose of keeping their premarital debts separate; the prenup is a way of preventing their student loan debt from dooming their relationship with their spouse.  Among older people, many prenups contain provisions about what will happen to the non-marital property depending on which spouse outlives the other; in other words, they are assuming that the parties will stay together for the rest of their lives.  Even for people who have no illusions about the fact that divorce, with its ensuing battles over money, is a real possibility, prenuptial agreements do not give you the right to mislead your future spouse about your financial situation.  If you are considering signing a prenuptial agreement before your upcoming socially distanced wedding, contact a San Jose prenuptial agreement lawyer.

Prenuptial Agreements: A Frank Discussion About Finances with Your Fiancé

A prenuptial agreement typically specifies which separate assets and debts cannot become marital property after the couple marries.  In order for it to be legally enforceable, each party must list each separate asset they own and each separate debt they owe, giving an accurate representation of the value of each item.  When people say that prenups prevent divorce, this is one of the reasons.  First, drafting a legally enforceable prenup requires you to be completely honest with your spouse about your financial situation at the beginning of the marriage.  Second, by the time you sign the prenup, you have already agreed about what is separate property and what is marital; you have resolved some major financial disagreements before they could even start.

In an article on Kiplinger, James Verdon describes some previously divorced men who want to sign a prenup before remarrying, but do not want to tell their new wives the whole truth about their separate assets.  Some of these men go to extraordinary lengths, such as putting their assets in trusts, with the once-bitten, twice-shy groom as a trustee, or even titling the money in the name of shell corporations, preferably headquartered offshore, just to keep their money from legally belonging to them and therefore becoming marital property.  Meanwhile, many lawyers would consider these moves cynical at best and shady and dishonest at worst.  Setting up a trust for your children from your first marriage is a wise way to avoid conflict with your new spouse about how much financial support you give your children, but basic respect dictates that you should let your spouse know that the trust exists, if not how much money is in it.

Working with a San Jose prenuptial & postnuptial agreement lawyer now could stop you from having to work with a divorce lawyer in the future.  Contact Foster Hsu for help with your case.

By Foster Hsu, LLP | Posted on April 26, 2021
« A Postnuptial Agreement Could Save Your Marriage Or Simplify Your Divorce
What Happens To Your Permanent Alimony Obligations If You Become Disabled? »