What Is A Gray Divorce? 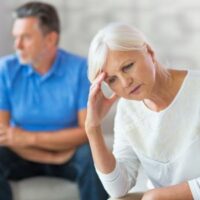 In 2015, the term “gray divorce” entered the American lexicon with a working paper and subsequent peer-reviewed article in Research on Aging. That research was conducted by I-Fen Lin, Susan L. Brown, and Anna M. Hammersmith in the Department of Sociology at Bowling Green State University. The authors observed a shift in marriage rates among older adults, noting that more seniors appear to be unmarried than in the past. With further investigation, the researchers determined that older adults are getting divorced at significantly higher rates than they were in previous decades, and described this growing trend as “gray divorce.”

What is a gray divorce? In short, it is a divorce that occurs when the spouses are older and typically at or over the age of retirement. Gray divorce presents its own particular issues, which our San Jose divorce lawyers can discuss with you in more detail.

While gray divorces began to increase in the earlier 2000s, the most recent decade has shown that gray divorces among older adults have continued to rise. Indeed, according to an article in Kiplinger, Baby Boomers are getting divorced at significantly higher rates than millennials, and that number has continued to increase as of 2021. Data from the Pew Research Center shows that “the divorce rate has roughly doubled since the 1990s for American adults ages 50 and older.”

Reasons for a Gray Divorce

There are many different reasons that commentators believe the rate of gray divorces has risen and continues to rise, including but not limited to the following:

Since the start of the pandemic, reevaluations of life choices and circumstances may also have resulted in an increase in gray divorces. Anyone who is planning on a gray divorce should speak with a lawyer to understand the special financial and healthcare considerations in a divorce, and to prepare for life outside the marriage.

Anyone who is planning on a divorce in California should have an experienced attorney to guide them through the process and to advocate for them throughout the case. Divorces can be complicated, and they can be contentious. Gray divorces can be among the more difficult types of divorces since the parties involved often are getting divorced after a long-term marriage and have significant assets together. One of the experienced San Jose divorce lawyers at Foster Hsu, LLP can discuss your divorce case with you today and can tell you more about how we can assist you.

By Foster Hsu, LLP | Posted on May 17, 2022
« 5 Things To Know About Prenuptial Agreements In California
Talking To Kids About Divorce »