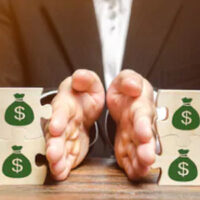 Marital assets include bank accounts, retirement funds, automobiles, debt, and so much more. Virtually everything acquired during marriage is considered marital property / marital assets, including your airline and hotel points. These can be a big deal to couples who travel frequently for pleasure or business, and who have accrued a large amount of points, which are essentially akin to money. If you are getting divorced, everything from airline and hotel points to artwork and real property must be accounted for during division of assets.

California is one of the few community property states, which means that marital property is divided evenly or 50/50. This only applies to property (including debt) that is acquired during the course of the marriage. It may also exclude certain other types of property, such as inheritance or personal injury verdict awards, for example, which are considered separate property. However, the vast majority of property acquired during marriage is considered marital property, including airline and hotel points.

Americans are traveling more than they ever have. The Federal Aviation Administration (FAA) handles 2.7 million passengers every day. While the average American may only fly a handful of days per year, or stay in a hotel for a few weekends every year, there are plenty of families that travel much more frequently, and amass serious money in points. But how are airline and hotel points calculated in a divorce? Every hotel chain and airline has a different system for assigning value to points. While Frontier Airline only attributes 0.6 cents for every mile, Southwest Airlines more than doubles that value at 1.4 cents per mile. Hilton gives 0.5 cents per point, while Hyatt gives 1.9 cents per point, according to NerdWallet, which has an excellent calculator for determining the value of your points based on the airline or hotel. Many couples have hundreds of thousands or even millions of points, particularly if they remain loyal customers to a specific company. This translates to hundreds or even thousands of dollars in cash value—assets that should not simply be given to one spouse simply because they were in charge of booking tickets.

What If The Points Were Mostly Accrued During Work Trips?

Employees or business owners who frequently travel for work may end up spending every 10th or 15th day of the year out of town. As such, earning hotel and airline points is easy. Moreover, it is essentially part of their pay, even if it is not mentioned as such by their employer. Just because they were the one doing the traveling does not mean that they are the sole owner of these points; the points are treated like their salary—they are marital property and must be divided evenly.

Whether you want the points or not, they should be taken into account when dividing assets. Maybe the other spouse gets the points, while you are paid half their monetary value in cash. No matter the circumstances in your divorce, you need an experienced San Jose divorce attorney on your side. Call Foster Hsu, LLP at 408-841-7200 to schedule a consultation today.