Will My Prenuptial Agreement Be Enforceable If I File For Divorce? 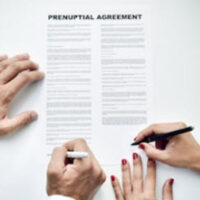 California Law Has Specific Requirements for an Enforceable Premarital Agreement

Depending upon the circumstances surrounding the agreement, and the specific information contained within the agreement, certain issues could result in the agreement or one of its parts being found to be unenforceable. Some of the most common issues that can result in a premarital agreement being invalidated in a San Jose case include, for example:

A San Jose premarital agreement lawyer can discuss elements of a prenuptial agreement that could invalidate it. If you have concerns about the enforceability of your agreement, an attorney at Foster Hsu, LLP can assist you.

By Foster Hsu, LLP | Posted on August 1, 2022
« What You Should Know About Restraining Orders For Domestic Violence